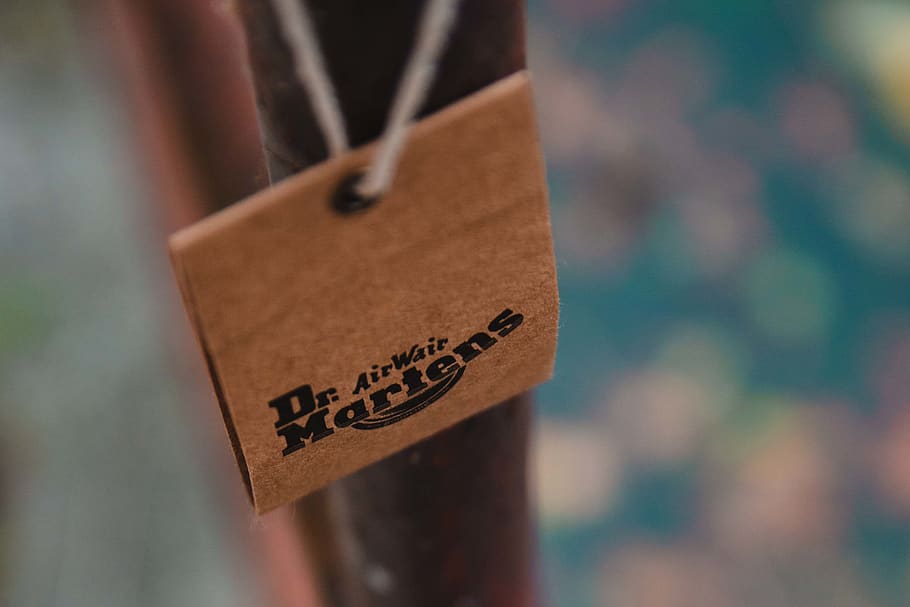 Get to know your fashion history and fascinating backgrounds of some of the most famous brands!

In 1924 a man named Adolf Dassler along with his older brother – Rudolf founded a small factory producing simple sports footwear. After Hitler came to power, they both joined the NSDAP party, leaving the company under the wings of their wives.

Being the leading shoe manufacturer for the Wehrmacht, the company flourished as quickly as Hitler was taking control over Europe.

After the war, Rudi was arrested by the Americans on charges of collaboration with the Nazi dictator. And it quickly turned out that it was none other than Adi who peached his older brother.

The family factory did not survive the difficult test of life and the unforgivable faith divided it in half.

And so this rather seemingly family affair gave birth to two iconic sneakers companies: Adidas created by Adi and Puma founded by Rudi.

Dr Martens – from pain to gain

Around the same time in the course of history, Dr Klaus Martens, a famous Nazi doctor, went skiing in the Bavarian Alps.

He severely sprained his ankle and fearing that regular military boots would only worsen his condition; he modified them by adding a new layer that cushioned the foot while walking. The idea turned out to be more than effective!

And the key to ultimate success was the production of shoes on pneumatic soles to which the doctor used rubber remnants from the wrecks of German aircraft.

Would you imagine that even the leather was recycled as it came from old soldier’s pants? Now we’re talking sustainable fashion, aren’t we? 😉

The company was bought by the British, who addressed the first ‘Martens’ offer to … workers.

But quickly and to the delight of investors, these massive and menacing-looking shoes were picked up by subcultures such as skinheads or punks. And surely went down in history as one of the most cult boots of all time!

Platforms. Us ladies, we love them. Their blocky and regular sole adds those few centimetres that many desire. And all that without any suffering!

What’s more, back in the 14th century, they already decorated the feet of the fair sex. But interestingly enough, their purpose was more prosaic and much less narcissistic – they simply served to protect the delicate feet against the dirt of the streets…

In fashion, however, they own the popularity to the Italian master of footwear – Salvatore Ferragamo.

Who actually created them from necessity rather than artistic inspiration. In those difficult politically and economically times in Italy – Benito Mussolini introduced rationing of the metal from which the famous stilettos were made.

And again, legendary footwear was born and since then became an essential item of women’s wardrobe.

When it comes to the name, it consists of two French words – ‘plat’ = flat and ‘forme’ = shape; reflecting perfectly and literally both the constructions and the visual effect!

The most fashionable fabric from Nîmes

What goes best with Adidas, Puma, platforms or Martens. Or actually what piece of clothing suits everything? Yes! It’s jeans! Everyone owns at least a pair! But does everyone know its inter-continental story?

The history of the famous – ‘Levis’ begins in France, in the city of Nîmes, famous for the production of a sturdy cotton fabric colloquially referred to as ‘serge de Nîmes’ (denim in short!).

But its real and neverending fame starts in 1872 when an American entrepreneur – Levi Strauss supplied the denim material to an established tailer and businessman from Reno, Nevada – Jacob Davis.

This functional and good-looking clothing, destined to workers only at first, enjoyed such enormous popularity that Davis and Strauss decided to patent this innovative idea.

What’s more, to defend themselves against numerous copies, they strengthened the back pockets with a double seam of orange stitches and changed the colour of fabric from green-brown to blue or as some would say today… ‘denim’.

And last but not least! Would you ever guess that the name of the ‘miniskirt’ originated actually from the Mini Cooper car?!

Even though the logic might tell us that it owns the name to its tiny size, the truth is different!

The historians are still debating on who introduced this trend firstly. But no one doubts that Mary Quant is the queen of the miniskirt!

It all started in the 60s when London was Swinging, and the British teenagers were longing for colour, fun and entertainment.

Mary and her partner Alexander opened a concept store that incarnated every single artistic need and desire of the new generation, including fashion. They offered oversized cardigans, t-shirts recycled into dresses, knee socks, and miniskirts. And the last one was particularly significant because cutting off the length of the skirt and showing a lot of bare skin was a real social revolution that quickly overcame that whole world! And to quote the queen herself: “The Mini car went exactly with the miniskirt; it did everything one wanted, it looked great, it was optimistic, exuberant, young, flirty, it was exactly right.”

I’m curious to know which historical fact was most surprising to you!