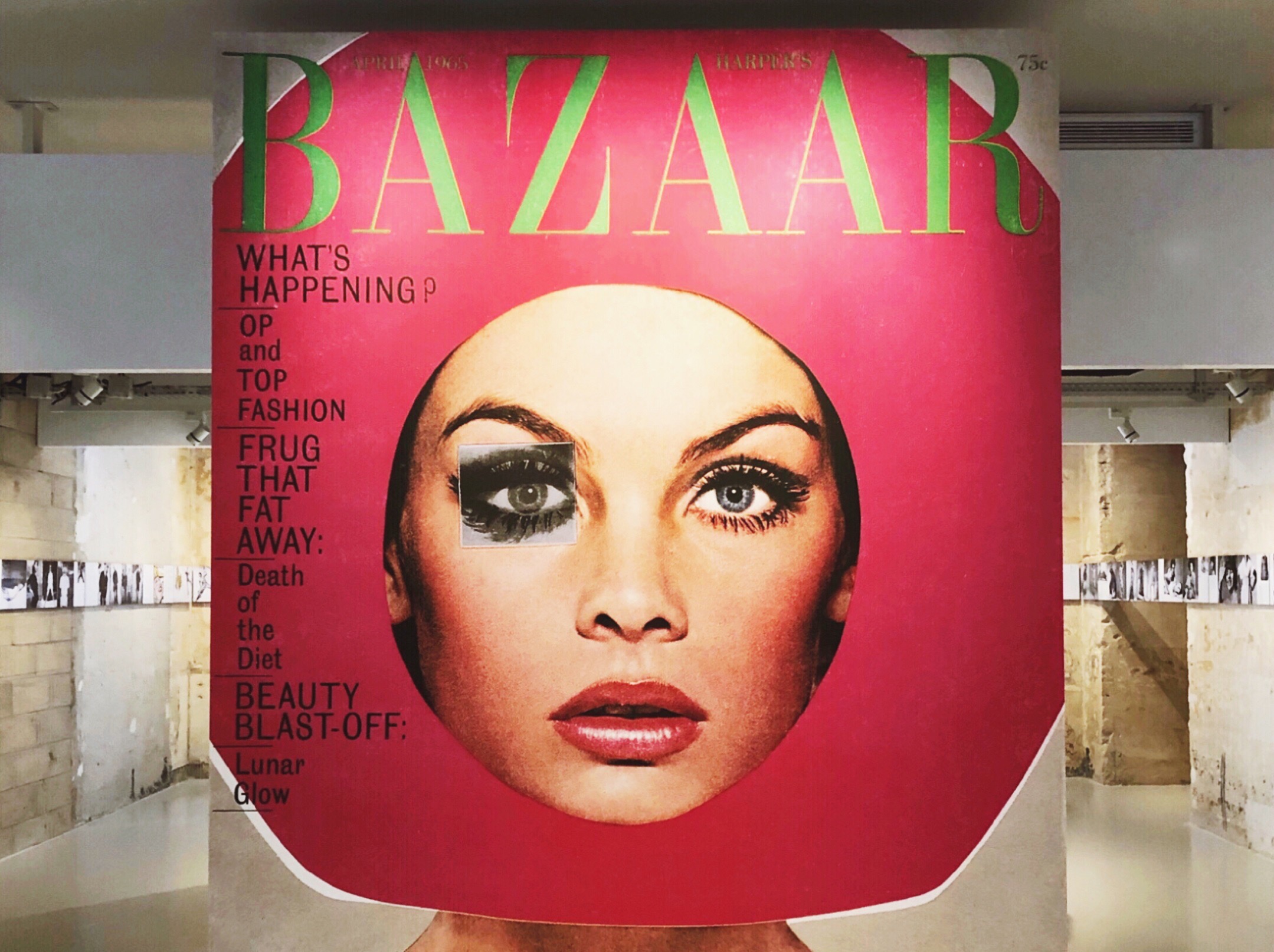 153 rich and colourful years of fashion told through the pages of one of the most iconic fashion magazines – Harper’s Bazaar!

The exploration of this exhibition is like flicking through a gigantic book loaded with history, artistry, poetry and the obvious evolution.

Hence, join me on this illustrative journey and get to know the names that revolutionised the printed media forever!

It all started as a fashion weekly. In 1867 the Harper brothers decided to launch a journal wholly dedicated to woman’s matters.

It focused on fashion, art, society, and literature, basing its graphic frame on, the so-famous in Europe, gazettes.

But most of all, it dedicated all its energy and words to women’s suffrage.

That’s why it is no surprise that Mary Louise Booth became the first editor of Harper’s Bazar (yes, still with one ‘a’!).

She was a firm revolutionary and an everything-French passionate. And if such names as Picasso, Matisse, Cocteau featured in an American journal, it is only because of her.

In the meantime, the magazine highly praised the Parisian haute couture scene and its founder – Charles Frederick Worth. He regularly graced the covers and illustrated pages of the fashion weekly.

The legendary Miss Mary Louise was replaced by two literary women – Margaret Sangster and Elisabeth Jordan. Both faithfully, kept the original spirit of the journal. And consequently, they invited such artists of their times as Mark Twain or Henry James.

They also embraced a strong symbolic and heraldic culture that became an emblematic graphic feature of HB.

By the beginning of the 20th century, the journal transformed into a monthly publication. And it remains so up to date.

Later, The Roaring Twenties brought the new wave of modernity into the printed media.

As a result, fashion became more expressive and surreal. Design and architecture turned towards the geometry and Art Deco. And illustration got a new enemy – photography.

In 1929 the word Bazar got an extra ‘a’ while the camera became the primary expression tool. It resulted in the very first photographic cover by Man Ray. And the metaphorical style of Elsa Schiaparelli became the perfect reflection of the new visual era.

Carmel Snow, Alexey Brodovitch and Diana Vreeland made Harper’s Bazaar what it is today. A magazine that follows the flow of art and fashion. A canvas of luxury and avant-garde.

But most of all, an artistic expression of the best photographers and models out there.

It was Carmel Snow herself that titled Dior’s lavish designs ‘New Look’.

It was Diana Vreeland that enhanced a sun-kissed body that must have influenced such trends as jeans and bikinis.

And last but not least. It was Alexey Brodovitch that combined a text, image and a white space placing it on a double-page spread!

Finally, their choice of style made Harper’s Bazaar become the most influential tool of advertising. It brought a more commercial spotlight on such icons as Balenciaga or Givenchy. And the one and only Audrey Hepburn became, in 1956, the very first actress to hit the cover of any magazine.

History paved the road to the contemporary approach to fashion journalism.

Every generation had its own proper representatives.

Each decade changed the outlook on style and influenced the vision of how to present it.

Harper’s Bazaar was no different. The Swinging Sixties brought a revolution in women’s wardrobe through Yves Saint Laurent‘s masculine designs.

“There is something necessary about retaining your ability to dream of a better life and a better future. Over the past 153 years Bazaar has not been one magazine but a series of many different ones, all of them shaped by and shaping their own decades and eras”.

Free for under 18 years old