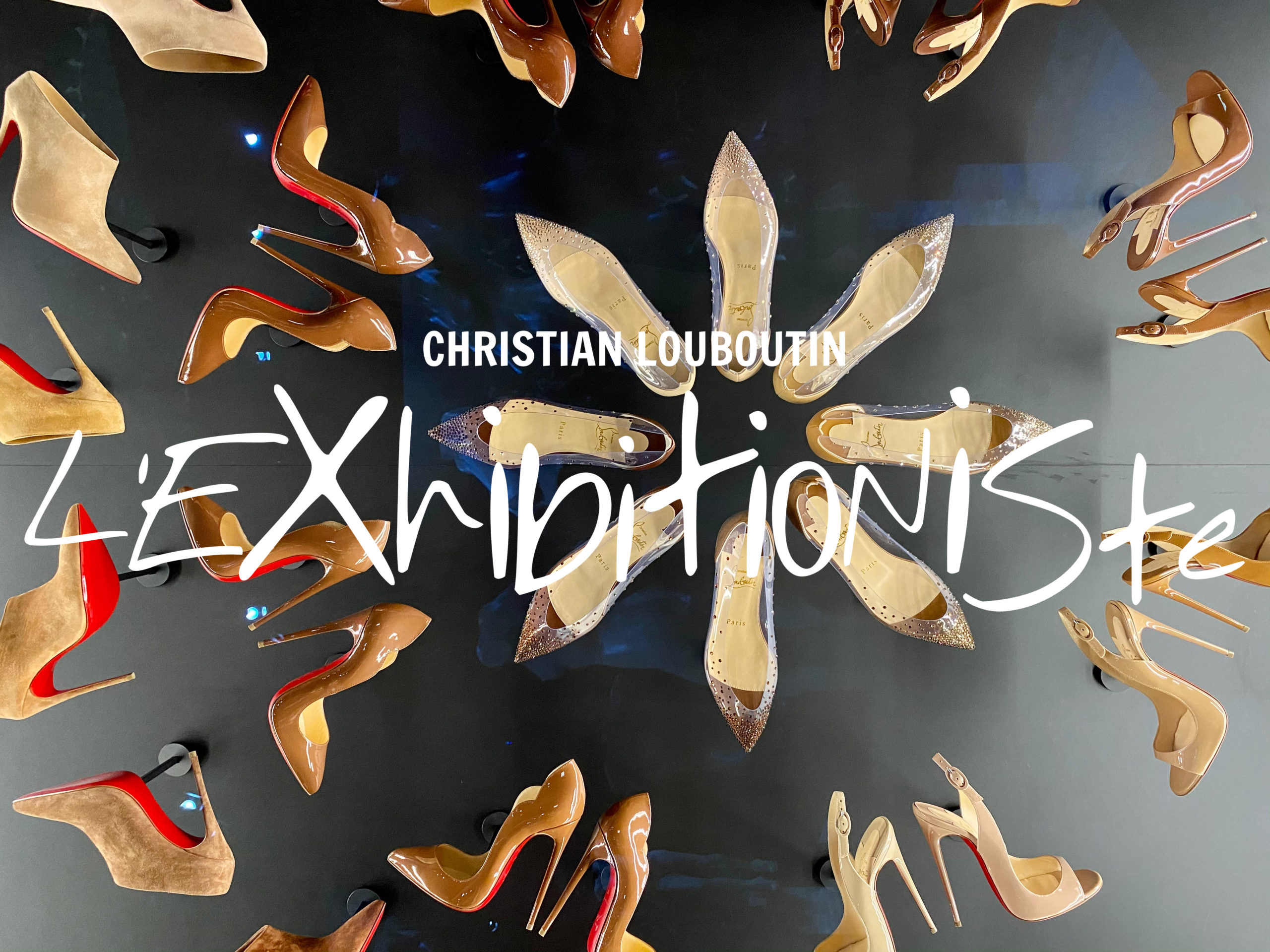 Welcome to one of the rarest fashion exhibition that this planet has ever hosted – Christian Louboutin L’Exhibition[niste]!

And if it wasn’t for the ‘you know what’ I would tell you to grab the last-minute ticket to Paris and see it yourself.

But instead of moaning, let’s be grateful for the invention that we call the internet.

So after a few intro words, I invite you to the most mesmerising creative journeys of one the most intriguing shoemaker.

And although thankfully, he is not at the terminus of his fruitful career, Palais de la Porte Dorée is where it all started.

“At the beginning there is often a drawing. Here everything starts with this drawing”

The very same space of the Palais became young’s Christian playground and a river of inspiration. And within the very same walls, he saw this drawing forbidding the wearing of stiletto shoes. The reason was simple and pragmatic – to protect the mosaic floor of the museum.

But for the young creative, it triggered the rich imagination forever…

The wondrous journey of the Louboutin world starts in a room full of his first designs. He handmade most of them in his tiny Parisian apartment using mainly crafty materials.

The pieces were bold, exuberant, amusing and merely poetic. They were so daring that they quickly caught the attention of the world of luxury.

What’s more, Christian Louboutin designed his signature red sole soon after and conquered the feet of the likes of Madonna or the Princess of Monaco!

‘Nudes’ is not only a name properly fitting this part of the exhibition. It’s also one of the pioneering moves in fashion history.

When playing with the visual effect of matching the shoe with skin colour to lengthen the silhouette, Louboutin rightly realised that that the beige palette should represent all colours of Humanity.

Consequently, many viewed this artistic act as a social, political and even cultural voice.

In the workshop & Suggestions, projections

The workshop is where the magic happens. But it’s also thousands of hours of meticulous handcraft and nearly a hundred steps of design and production.

At this stage of the exposition, Christian Louboutin himself presents a series of short films, each explaining a specific part of the shoe execution.

Following the workshop experience, we enter into the most unexpected decor zone! The granny room.

At first glance, it looks like an overloaded, yet cosy and welcoming living room. But from close up, the reality is different. Each pattern and decoration is ornamented with sexualised design.

Through this unexpected art medium, Louboutin reminds that he only proposes a form and canvas. And it’s up to the shoe wearer to project the further message.

The pop corridor is exactly what the name suggests. It’s a 3D red carpet portraying and paying tribute to the Louboutin Dream Team!

It’s a celebrity passageway full of stories, breakthrough moments, memories and friendships between the great shoemaker and the vibrant pop culture.

And finally, the eclectic journey through the Christian Louboutin creative mind ends on a strong note.

The Fetish room is a consequence of a tasteful yet sensual collaboration between the French creator and the American photographer and filmmaker David Lynch.

And so, does the exhibition stand up to its name – Christian Louboutin – L’exhibitioniste?